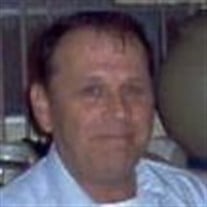 William “Bill” Schuyler Weise of Clearwater, Florida passed away peacefully at Morton Plant Hospital at the age of 68 on November 16, 2015. He is survived by his sister Mary Ellen Tantum (Don) of Mays Landing, New Jersey, Amy L. Jambor (Hans) of Largo, Florida, David L. Weise (Jeanne) of Cedar Park, Texas, nieces, nephews, and grand nieces and nephews. Bill was born in Plainfield, New Jersey on February 25, 1947. Growing up, he also lived in Allentown, Pennsylvania and West Hartford, Connecticut until he enlisted in the Air Force and served in New Mexico and Colorado. After leaving the service, Bill helped run the family business, a Carvel Ice Cream store in Spring Lake Heights, New Jersey. He graduated from Brookdale College and went on to receive a BS in history from Thomas Edison State College. Bill worked as a mechanic and a surveyor before joining his brother, Dave, in a VCR repair business in Fair Haven, New Jersey. They worked together for several years. In 2000, Bill moved to Clearwater and worked as an electronic technician in St. Petersburg before retiring in 2010. Bill was well loved by his brother, sisters, nieces and nephews with whom he shared many “words of wisdom.” His faith in God got him through many tough times. He loved movies, sharing a meal with his family and friends and was always ready to lend a helping hand to anyone in need. He will be greatly missed by those who knew him. Amy Jambor

The family of William Schuyler Weise created this Life Tributes page to make it easy to share your memories.

Send flowers to the Weise family.