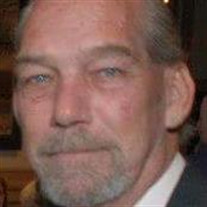 Vincent “Vinny” Quinlan died peacefully in Hospice on Sunday, July 31, 2016 in Pinellas Park, Florida at the age of 61. Vinny is survived by his children, Cristy Quinlan and Vanessa Bryant; grandchildren, Victoria Quinlan, Michelle Pencola, and Quinn Bryant, great grandchild, Keyon Quinlan; siblings, MaryAnn Merle, Patricia Ginsberg, Lorraine Glover, and Kevin Quinlan. Vinny was also survived by his girlfriend of the past four years, Eldene Hansen. Vinny was born on February 23, 1955 in Brooklyn, New York to Vincent and Catherine. He was previously married to Ruth Quinlan. Over 28 years, the couple welcomed 2 children into their home and Vinny became the ultimate family man. His children remember him as a kind, gentle, loving father who encouraged them to pursue their goals. Vinny was an avid Tampa Bay Buccaneers fan from the team’s franchise birth. He loved football, but was a fan of all other sports as well including the Tampa Bay Lightning and Rays. Every Sunday during football season you would find Vinny in front of the television cheering on his favorite team as well as enjoying watching the others. Vinny was a man with a great sense of humor and he enjoyed making everyone laugh. He has been described by several people as the life of the party. He loved talking to people, making friends, and bringing friends together for various events whether it be a trip, a sport, or a party. A memorial is scheduled for Saturday, August 20 at 11:00 A.M. at Seminole First Baptist Church, located at 11045 Park Boulevard North Seminole, Florida. There will be a Celebration of Vinny’s life immediately following at Finley’s Irish Pub, located at 13477 South Belcher Road Largo, Florida. In honor of Vinny’s love for Tampa Bay area sports the family is asking that you either dress in the colors of the Buccaneers, Rays, or Lightning or bring your favorite Tampa Bay sports gear to change into for the celebration of his life. The family would like to thank Hospice staff for their efforts, care, and dedication. The family will be celebrating Vinny in a Military Honors Ceremony at Bay Pines National Cemetery on August 24, 2016 at 10:00 am.

The family of Vincent Quinlan created this Life Tributes page to make it easy to share your memories.

Send flowers to the Quinlan family.