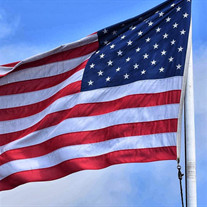 Roger J. Zimmermann, PhD (Sept. 22, 1930 - May 18, 2018) Survived by wife Sarah Jean Zimmermann, sons Stephen (Mai) Stanton Island NY, Gary (Vanessa) Denver CO and Jeffrey Trinity FL, four Grandchildren and two Great-Grandchildren, a bother Jon in Flagstaff AZ. Brothers who predeceased him Donald, Robert, Stephen, Richard, parents George and Alice Zimmermann of NYC. Also survived by sisters-in-law Madeline and Mary in AZ. Roger grew up in Grant City, graduated from New Dorp H.S. Married Joan Scialla in Oct. 1951, Roger and Joan had 3 sons. He has a very large family of cousins, nieces and nephews in Oregon, Washington, Delaware, Arizona, California and East Coast who love him dearly. Roger was drafted into the US Army in 1951 where he faithfully served 2 years in Germany and at Walter Reed Hospital, aiding and rehabbing Korean conflict victims and their families and as a surgical technician. Upon returning home, he joined NYPD, where he served bravely and heroically for 25 years. He was featured in the Daily News and Eyewitness News for rescuing a jumper off a roof in Chelsea. He soon achieved the rank of Sergeant Detective and ultimately Detective Squad Commander. Distinguished himself as lead detective for NYC District Attorney, Rudolph Guiliani and helped in the arrest and conviction of Frank Serpico and his corruption network. Was lead investigator in the case “Prince of the City,” which led to the bringing down of a major organized crime family, of which the movie is based and was a consultant in the writing of the book. He was Commander of the investigation arresting unit of the Haitian Pastor, who was mass murdering women in the church basement in Bed Stuy.in the late '70's and was the subjects of one of his books “The Reverend.” He authored 3 more Pbooks on criminology, police procedures/investigation techniques and religion. His last being an investigative study on the life of Joseph, Jesus’ father, titled; “Joseph Nutritor Domini.” Roger received his Master and PhD from John Jay College of Criminal Justice. He wore his Doctorate ring from John Jay every day of his life until passing. Roger taught officers training for NYPD at One Police Plaza, wrote articles and reports and was considered an expert in Police procedures, investigative procedures and forensics. Was called all over the country as an expert witness. He moved to Tucson AZ in 1995 to be closer to his brothers. He married Sarah Jean Johnson in 1997 and they lived in Arizona until returning to Florida in 2017. While living in Arizona, Roger was an expert witness in law enforcement cases; taught criminal justice classes in numerous colleges and universities; wrote the curriculum for online classes; worked with CASA; active in his Church; enjoyed traveling, playing cards, reading, research and writing books. Memorial/Celebration of Life services will be at St. Jerome Catholic Church, 10895 Hamlin Blvd., Largo, FL 33774, June 9, 2018 at 11:00 a.m. where the ashes will be blessed. A second Celebration of Life will be held in Tucson, AZ at St. Pius X Catholic Church, 1800 N. Camino Pio Decimo. Tucson, AZ June 23 at 11:00 a.m. In lieu of flowers please send donations to the “Stephen Siller Tunnel to Towers Foundation” which builds Smart homes for returning disabled Veterans and widowed Police and Firefighter families or “Suncoast Hospice” of Pinellas, FL which allowed him to take his final journey in the familiar settings of his home with family and the utmost respect and dignity, keeping him from pain and making him comfortable in his final days.

The family of Roger J. Zimmermann created this Life Tributes page to make it easy to share your memories.

Send flowers to the Zimmermann family.