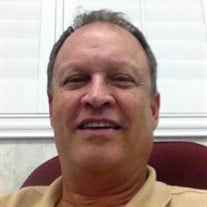 Robert J Shingler Jr., at the age of 61, completed his earthly assignment on August 25, 2017 and returned to the Lord. Born on July 7, 1956, with the brief exception of a one year stint living in Tampa and then Ft. Lauderdale due to a bank consolidation, he lived and played his entire life in his beloved St. Petersburg. He was the second child of the Honorable Robert J. Shingler and Dolores Sucillon Shingler. He graduated from St. Pete High, class of 1974 and received a Bachelor of Arts degree from Florida Southern College in 1978. He entered the banking industry upon graduation and attended the Florida School of Banking, completing that program in 1985 and achieved the American Institute of Banking’s Advanced Level Certification. His professional career was directed by his desire to remain close to the people he served. He always preferred working at community based banks. When these institutions became profitable enough to be absorbed by larger, but not locally controlled institutions, Rob knew it was time to find another place to work! His social calendar was augmented by multiple vacations paid for through his awards for recruiting and retaining clients to his banks and the St. Pete Chamber of Commerce! His final position was that of Commercial Lender for Republic Bank in St. Petersburg. Outside of work, he followed his father’s lead and became active in the St. Petersburg chapter of Sertoma. He held the office of President of this Civic Service organization for multiple terms. Always remaining active in its fundraising events, he developed and conducted their inaugural Shuffleboard Fundraiser in 2015, which is now called the “Annual Rob Shingler Shuffleboard Tournament”! His love of baseball (his sister will tell you he developed his own fantasy baseball league before anyone else did) and sports in general was another driving force in his life. His choice of Florida Southern for college was based in no small part on his opportunity to play for this highly respected college baseball program. Although his playing career ended there, his love of the game did not. He was an inaugural season’s ticket holder for the Tampa Bay Rays and a member of the “Clutch Hitters”, a group of professionals in the area that continues to support the team. He was also a frequent attendee of Tampa Bay Bucs and Lightning games. He tailgated regularly with his close friends Larry Fasan, “Doc” Carlson, Bob Williams and Harold Winner. Perhaps his greatest passion, however, was golf! He was a member of the Vinoy Country Club and played many of the courses in the area including Copperhead! He also completed the “Major Championship Grand Slam” attending the Masters in Augusta, the U.S. Open when it was played at Pebble Beach, The PGA championship in Michigan and he played the “Old Course at St. Andrews”! He is survived by his Uncle, Jack Sucillon, Aunt Louise Sucillon, his half-brother Tom Shingler, his step Brother Riley Irwin, his cousins Patti, Michelle, Albert, John and Kathy, his devoted sister Lisa, with whom he shared the beginning and end of his life and her husband Gene. He was also the proud uncle of Paul McColgan and his wife Bianca, and of Thomas McColgan and his wife Kate. He was a loving “dad” to his Wheaten Terrier pups- Dillon, Darby and Cady. Remembrances in his name can be made to the charity of your choice, or to Sertoma International. If you are able to attend the funeral Mass, please feel free to wear your favorite team jersey, golf shirt, or team colors.

Robert J Shingler Jr., at the age of 61, completed his earthly assignment on August 25, 2017 and returned to the Lord. Born on July 7, 1956, with the brief exception of a one year stint living in Tampa and then Ft. Lauderdale due to a bank consolidation,... View Obituary & Service Information

The family of Robert James Shingler Jr. created this Life Tributes page to make it easy to share your memories.

Robert J Shingler Jr., at the age of 61, completed his earthly...

Send flowers to the Shingler family.