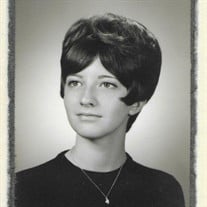 Phyllis Crawford was born Phyllis Marie Kettner on August 21, 1950 in Zumbrota, Minnesota to Dorothy and Lester Kettner. She was the youngest of Dorothy and Lester&#8217;s three children with Lois being the oldest sister and Robert being the... View Obituary & Service Information

The family of Phyllis Marie Crawford created this Life Tributes page to make it easy to share your memories.

Send flowers to the Crawford family.