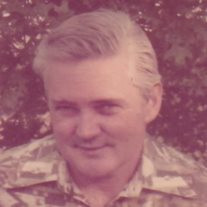 Peter Thomas Turley, died, Tuesday, February 25 at home with his loving family and friends. Peter was born in New York (Manhattan), New York and has been a resident of St. Petersburg since 1987. He was predeceased by his parents, Peter and Nora Turley; and by his wife, Harriet J. Turley on April 5, 2013. He is survived by his son, Frederick E. Winter, St. Petersburg. Peter spent his lifetime as either a student of knowledge, or as an professor to others. He obtained his B.A in philosophy in 1953 at Cathedral College; his Masters of philosophy at St. John's University in 1956, and his PH.D. in philosophy in 1967 at Fordham University. He also attended St. John's University and graduated in English in the spring of 1954; and philosophy (graduate) 1956-1958; Queens College in statistics in the summer of 1971. He had full-time teaching experience at Georgetown University as an assistant professor from 1966 to 1968. St. John's College as an instructor, then assistant professor, and then associate professor from 1956 until 1978. He received tenure in 1970. He was a part-time adjunct assistant professor of philosophy at the Manhattan College in the summer of 1966; part-time lecturer in philosophy at the Newark State College in 1968 to 1969; part-time lecturer in philosophy at the Nassau Community College in the spring of 1970; and lecturer in philosophy at the New School for Social Research in the summer of 1971 and 1972. Academic Awards and Honors included graduate assistantship at St. John's University from 1954 to 1956; summer research grant at St. John's University in 1964; and research leave from St. John's University in the fall of 1974. Prior to 1966 he was member of standing syllabus committees for Cosmology, Metaphysics, Ancient Philosophy, Medieval Philosophy; Modern Philosophy, and Contemporary Philosophy. He was also a member of the freshman advisory committee for several years in the 1960's. Professional memberships included the American Association of University Professors; American Catholic Philosophical Association; and the Charles S. Pierce Society. He had listings in Biographic Publications in American Catholic "Who's Who; Community Leaders and Noteworthy Americans (1976-1977); Contemporary Personalities; Dictionary of International Biography (1976); Directory of American Scholars; The Directory of Distinguished Americans; Men of Achievement; International "Who's Who of Community Service; International Who's Who in Education; Irish American "Who's Who;" Personalities of America; and Personalities of the World. Locally he was a member of the Cathedral of St. Jude's the Apostle in St. Petersburg.

Peter Thomas Turley, died, Tuesday, February 25 at home with his loving family and friends. Peter was born in New York (Manhattan), New York and has been a resident of St. Petersburg since 1987. He was predeceased by his parents, Peter and... View Obituary & Service Information

The family of Peter Thomas Turley created this Life Tributes page to make it easy to share your memories.

Send flowers to the Turley family.