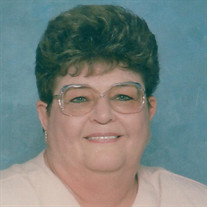 MICHAEL, Norma Jean of St. Petersburg, stepped forward to meet and greet her Lord, and enter his Kingdom on June 14, 2017. She was born on September 27, 1940 in South Charleston , West Virginia. Jean or Jeanie as she like to be called, was preceded in death by her parents, Charlie and Ruby Baker, and brother Paul. Norma was 76 years old at the time of her death. After graduating from South Charleston High School in 1958, she was employed by C&P Telephone Company as a Long Distance Operator in Charleston and then also in Norfolk, Va. Norma was also a fashion model while still in High School. After moving from South Charleston to the St. Petersburg area in 1967. Norma worked for various telephone answering service companies. She retired from Palms of Pasadena Hospital as a switchboard operator. Survivors include, her husband Lawrence "Larry" of 58 years, two sons Steven and Thomas and daughter Teresa "Terri", all who live in Florida. She also has an older sister Mary Lou Coffman, who lives in Saint Petersburg. Norma, is also survived by seven Grand children and thirteen Great Grand children. She will be greatly missed by all of her family and friends that knew her. Norma was a former parishioner of Transfiguration Roman Catholic Church, in St. Petersburg. She was an Eucharistic Minister and member of the Mercedarian Order at that parish. Norma converted to the Roman Catholic Faith in November of 1998. She was raised Baptist. Norma relocated closer to the Seminole area of Pinellas County and became a member of St. Matthew's Roman Catholic Church. She carried her ministries with her and quickly became involved as an Eucharistic Minister at her new parish. Norma was under Empath Health Suncoast Hospice Care at the time of her passing. She suffered and fought with COPD and Dementia for several years but it took control and she lost her battle. She died of natural causes. She is in a much better place now with her Lord. She had requested that her body be used as an organ donor. Her family donated her body to Science Care and she will be cremated. Final arrangements will be handled by Grasso Funeral Home of Largo. A Memorial Mass Service will be conducted at St. Mathew's Roman Catholic Church in Seminole at 10:30a.m. on Friday the 14th of July. Following the Mass Service, her cremated remains will then be transported and placed in Royal Palms Cemetery in Saint Petersburg, located at 101 55th Street South. A celebration of life will follow at 1:00p.m. at the Five Towns Magnolia Building for all who wish to attend. Light refreshments and sandwiches will be provided during that time.

MICHAEL, Norma Jean of St. Petersburg, stepped forward to meet and greet her Lord, and enter his Kingdom on June 14, 2017. She was born on September 27, 1940 in South Charleston , West Virginia. Jean or Jeanie as she like to be called, was preceded... View Obituary & Service Information

The family of Norma Jean Michael created this Life Tributes page to make it easy to share your memories.

Send flowers to the Michael family.