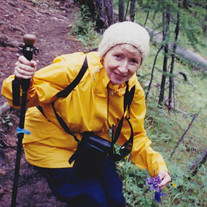 Nancy Ann Lee, world traveler and teacher, dies at age 85 Between the poles of the Earth, there were few places that Nancy Ann Lee, age 85, had not visited. From penguins swimming in the frigid Antarctic waters to New Guinea tribesmen sporting only a kotela to posing with Buckingham Palace guards, Nancy was equally at home regardless of her location. Her only regret was never reaching the top of the world, the North Pole. After fighting the effects of multiple strokes and the onset of dementia, Nancy died in her sleep during the evening of Tuesday, September 26, 2017. Born in Donora, Pa., November 19, 1931 to Sarah and Robert G. Lee, she is survived by her sister Norma Jean Keller, five nieces and nephews and their children and grandchildren. Her parents and brothers (Jack and Donald) predeceased her. Nancy spent her life seeing the world in both her profession of elementary school teacher as well as vacationing. She worked in California, Columbia and Connecticut before moving to West Orange, N.J., where she taught in a nearby public school for many decades. Living in northern New Jersey was ideal for her as she loved spending time with her brother Jack, who lived in Millville, N.J., and her sister Jean’s family in Nesconset, N.Y. For her sister, she acted as a surrogate mother embracing her nephews, Erik, Craig and Kurt, and nieces, Lisa and Kristin, as if they were her own. For them she opened the world, with slide shows every autumn of her extensive summer travels. At the end of her life, it was easier to list the places she had not visited than those she had. After nearly 40 years as a school teacher, Nancy retired to Treasure Island, FL, where she and her sister had vacationed as young women with their father. Her beloved apartment in Key Capri overlooked the Gulf where she, with a drink in hand and smile on her face, would watch the sunset as pelicans flew overhead and dolphins and manatee frolicked below. Though retired from work, Nancy spent the next 20 years embracing new pursuits such as watercolor painting, working with disadvantaged youth and engaging the many new friends she made in her Florida home. It was her wish that her body be cremated and ashes spread by her family in a private setting. A memorial service remembering her will be held Monday, October 2, 2017, at 2 - 4 pm at Grasso Funeral, Memorial, and Cremation, 12515 Ulmerton Rd.,Largo, FL. In lieu of flowers, donations to the Alzheimer’s Association should be made in her name.

Nancy Ann Lee, world traveler and teacher, dies at age 85 Between the poles of the Earth, there were few places that Nancy Ann Lee, age 85, had not visited. From penguins swimming in the frigid Antarctic waters to New Guinea tribesmen sporting... View Obituary & Service Information

The family of Nancy Ann Lee created this Life Tributes page to make it easy to share your memories.

Send flowers to the Lee family.