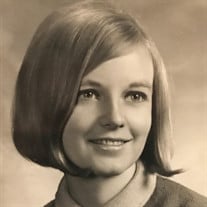 Melissa “Missy” Jane Richard, aged 68, resident of Palm Harbor, Florida, passed away in the early morning hours of Wednesday, 19 October 2016, in the home of her brother, John McParland, and his wife, Nancy McParland, and while in the loving care of John, Nancy, and her son, Matthew Reardon. Melissa was born in Toledo, Ohio, 7 August 1948 to John and Patricia McParland. Twice wed and divorced, Melissa was first married to James Reardon, and later to Thomas Richard. Her final years were spent caring for her mother. Melissa received a B.A. in Secondary Education in 1970 from the University of Ohio, and a J.D. in 1981 from Loyal University in New Orleans. Melissa practiced personal injury and maritime law in Louisiana and Romania from 1985 to 2005. Melissa is survived by her mother, Patricia McParland; brothers, John McParland and Peter McParland; sisters-in-law, Nancy McParland and Pamela McParland; sons Matthew Reardon and John Reardon; daughters-in-law, Maxine De Butte and Laura Reardon; and grandson, Grady Reardon. Hers was a life cut short, but vigorous. Melissa had to grow up early. At age seven, following the death of her father, she helped raise her younger brother when her mother went to work to support the family. The experience instilled the dedication, determination, and devoutness that marked every aspect of the remainder of her days. They are evident in her life as an attorney. After earning a B.A in Secondary Education from Ohio University in 1970, she later went on to earn a Juris Doctorate in 1981 from Loyal University of New Orleans, graduating in the top five percent of her class, all the while raising her infant twin boys. Gifted with a sagacious legal mind, she was a formidable litigator who ably represented clients for over two decades in Louisiana at both district and appellate court, never losing a case presented before a jury. Her talents brought her to Romania, where she assisted in multi-million dollar maritime cases. They finally carried her to Iowa, where her abilities rescued an eternally-grateful son. They are most evident in her life as a mother. She worked hard at home, the office, and at court to provide for her children. She raised two proud, thankful, and loving sons who hope that they serve as testament to her maternal care and guidance. She sacrificed all so that they might have the opportunity to become PhDs, military officers, and university professors; she reared them to marry hard-working, kind, and amazing wives who will help to fill the void left by her passing; she nurtured them to become devoted parents and uncles to her grandson. She will be fondly remembered by them always. An avid traveler in life, Melissa made many trips to Europe, journeying to France, Austria, Switzerland, Germany, Italy, and Romania. She will remain so in death: at her request, her remains will be sent to Amarillo, Texas where a private memorial will be held at the home of her son and there they will stay until conveyed by her family to Switzerland, where her ashes will be scattered to the winds so that they may join the sublimity of the Alps. Her family is deeply grateful for the outpouring of support from relatives, friends, and family during this most difficult time. “All that I am or ever hope to be, I owe to my…mother.”—Abraham Lincoln

Melissa &#8220;Missy&#8221; Jane Richard, aged 68, resident of Palm Harbor, Florida, passed away in the early morning hours of Wednesday, 19 October 2016, in the home of her brother, John McParland, and his wife, Nancy McParland, and while in... View Obituary & Service Information

The family of Melissa Jane Richard created this Life Tributes page to make it easy to share your memories.

Send flowers to the Richard family.