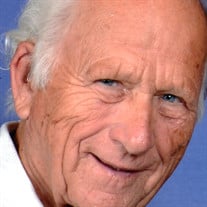 John was born in the height of the Depression in Toledo, Ohio, to Laverne and John Rehkopf on June 13. 1931. At nine or ten years of age, one of his favorite little jobs was working at his grandparents’ store. They were the Reinbolds of Toledo, Ohio. After high school, John proudly enlisted in the US Army at 19 years old and served his country in the Korean Conflict. He often said that his military training gave him the discipline and drive that shaped his life. John Rehkopf was awarded the Bronze Star, it is awarded for meritorious and heroic effort in a combat zone. After he married Jean, they raised their family of four three daughters and one son in Maumee, Ohio. John started his working career as a tool and die maker. Because he was always ambitious and driven, John went on to gain recognition in that field. He stayed in the trade for ten years and loved every minute of it. Then the entrepreneurial spirit entered his life, and he started his own business in the injection plastic molding industry. Through long hours of work and an intense drive, he built a very successful business. He went on to become the owner and CEO of Midwest Molding in Indiana. John served primarily the automotive and railroad industries with his plastic parts. One his greatest achievements was making spoilers that would last through harsh winters. He gained recognition in Detroit, Michigan. His plant employed 300 employees and ran all three shifts. After retirement, he settled in North Ft. Myers in the beautiful country club estates known as Heron’s Glen. Again, the entrepreneurial spirit reignited, and he became the owner of 35 golf carts that he rented and sold. His business was called JR Golf Carts. He continued his business when he moved to Largo, Florida, in 2015. He sold and repaired many golf carts in the mobile home parks. He spent his finally four years in Largo, Florida, with his new partner, Patricia Vaillancourt. In the summer, these two snowbirds went north to their seasonal home in Salisbury, Massachusetts. He loved learning about New England; he loved the beauty of the White Mountains and the charm of the sea, especially spectacular and picturesque Gloucester, Massachusetts. He loved the Schooner Festival and the amazing whale watches they did yearly. Lastly, John became a lover of chowder, lobster, and fried clams. He also truly loved an old English drink known as the Dark and Stormy, a wonderful rum drink many sailors enjoyed. He worked and exercised daily until his illness in the winter of 2019. He passed away at Largo Medical Center on May 7, 2019, with his son Craig Rehkopf by his side.

John was born in the height of the Depression in Toledo, Ohio, to Laverne and John Rehkopf on June 13. 1931. At nine or ten years of age, one of his favorite little jobs was working at his grandparents&#8217; store. They were the Reinbolds of... View Obituary & Service Information

The family of John W. Rehkopf created this Life Tributes page to make it easy to share your memories.

John was born in the height of the Depression in Toledo, Ohio,...

Send flowers to the Rehkopf family.