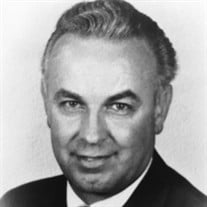 John Leo Beale – 87 passed away peacefully with family January 26th 2018, at Bayfront Health in St. Petersburg, FL. He was born May 21st, 1930 in Washington, D.C. and raised by Mary Ann and Oswell Beale. John graduated from St. John’s College High School, class of 1948, lettering in Football, Basketball, Swimming and Track. He joined the Marine Corps and served until he was accepted to St. Francis University in Loretto, PA. Following graduation, he joined the FBI in 1954 and became a special agent assigned to the Newark Office. There he met Ann Marie Colgan who he married and helped raise 6 children over their 38 years of marriage. They lived together in Columbus MS, Miami Beach FL, Clinton MD, New Orleans LA and Tampa FL where John retired from the FBI as the Assistant Special Agent in Charge of the Tampa Office. He was a member of the Knights of Columbus for many years and contributed to numerous charities over his lifetime. John is survived by his son, Michael and his wife Christine and grandchildren Chase, Mikaela and Gabrielle; daughter LeeAnne Beale Wood and grandchildren Brian, Megan and Austin; daughter Mary Beth Cunningham and her husband Jim and grandchildren Brian, Ann and Sara; son Stephen Beale and wife Trish and grandchildren Colgan and Blake; son Terrence Beale and wife Trish. John is predeceased by his beloved wife Ann and son John. A life celebration will be held on St Pete Beach this week and a Catholic Mass and Burial will be held in Columbus, MS at a future date to be determined by the family. The family wishes donations be made to Suncoast Hospice, 5771 Roosevelt Blvd., Clearwater, FL 33760 A Mass of the Christian Burial will be held on Thursday, February 15, 2018 at 11:00 with Burial to follow in the Friendship Cemetery in Columbus, Mississippi.

The family of John Leo Beale created this Life Tributes page to make it easy to share your memories.

Send flowers to the Beale family.