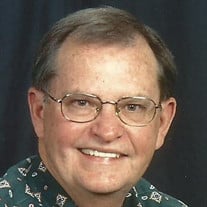 Frederick K. (Fred) Folsom, 65, was born in Milan, IN, 2/2/1950, to Kenneth and Ardath Franklin Folsom (nee Johnson). The family moved to St. Petersburg, FL when Fred was a toddler. He attended various Pinellas county schools, and graduated from St. Petersburg High in 1968. As a youth, he played Little League, including Allstars as a catcher, loved hunting, fishing, and biking with his buddies. In later years, Fred developed a love for guitars, eventually enjoying collecting, buying and selling vintage models. He was often seen scouring area yard sales, flea markets and pawn shops for interesting guitars and equipment. He was an avid golfer, an accomplished photographer, and had an extensive music collection. He especially loved the classic rock and roll, blues, southern rock, and “rockabilly” genres. Never losing his love of sports, Fred was an avid Tampa Bay Rowdies, Buccaneers and Rays fan. Saturday afternoons in the fall were dedicated to college football - preferably the SEC and the USF Bulls. As a young man Fred became an ambulance driver, and was one of the inaugural class of EMTs to be certified by SPJC. He held the first active EMT license to be awarded by the state of Florida. Fred eventually left the EMT world to spend more regular hours with his family. Fred became adept at installing and repairing vending machines, billiard tables, sound systems, and the early generation of video games. In his thirties, Fred chose to return to SPJC to pursue a nursing degree. He won a scholarship for the distinction of earning straight A’s in his nursing courses, and graduated with honors, receiving a RN/ AS degree at age 40. He worked at Palms of Pasadena Hospital and Bayfront Medical Plaza One Day Services units. Fred was a long-time active and faithful member of Fifth Avenue Baptist Church, working with sound systems and as Praise Band guitarist. Fred is survived by his wife of 35 years, Martha (Marty), his son Geoffrey, daughter Jennifer Pace, adored granddaughters Abigail and Nicole Pace, sister Sharon Oster, and many other family members and cherished friends. The family is very grateful for the compassionate and professional care that Fred received at Arbor Oaks ALF, Bayside Terrace ALF and finally at Largo Rehab and Nursing Center. The difficult transitions of Fred’s journey through Alzheimer’s was made much easier to bear because of your kindness. In lieu of flowers, please consider donations to Resurrection House of St. Petersburg; the Cornerstone Campaign of Fifth Avenue Baptist Church, or the Alzheimer’s Association.

The family of Frederick Kenneth Folsom created this Life Tributes page to make it easy to share your memories.

Send flowers to the Folsom family.