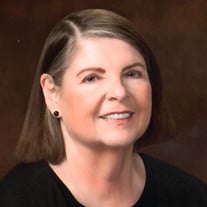 On June 8, 2017, Frances Scott, nee Richardson, died in Pinellas Park, FL after a short illness. She was reared in Akron, Ohio and graduated from Kent State University with a degree in languages. Deciding against going to Ohio State Law School where she had been accepted she began her career with the Social Security Administration where she retired 43 years later. She volunteered for assignments across the United States from California to Washington, D.C.. She was well traveled in the United States,Mexico, and Canada as well as Europe where she especially enjoyed England and Germany, her countries of ancestry. Frances always had a story to tell. Her memory was exceptional and she liked to regale about people that she met, restaurants, and food. She had a love of theater music and reading(often several books a week). She maintained her sense of humor and her mind remained inquisitive to the end. Frances was preceded in death by her mother, Allene Richardson and is survived by her father Delton Richardson (Renate) of Cookeville, TN; brother, Rockford Richardson (Karen) of Pinellas Park, FL; nieces Pamela Jill Boetsch (Joseph) of Columbus OH and Stacie Rennick (Craig) of St. Petersburg, FL as well as uncles, aunts, and cousins from several states. Frances always expressed thankfulness for a good life, always counting people she knew and loved as the most important part of living. She had special friends in Colorado, Virginia, and Florida. She would thank the pastors of Our Savior Lutheran Church, especially Pastor Erich Heintzen and his wife, Barbara, for the enriched spiritual life. She also expressed appreciation of her doctors, and the nurses and staff at Suncoast Hospice, who were exceptional. She is now at peace. Per her wishes, cremation has taken place and there will be no public service. Interment will occur later. Anyone who wishes may make a donation to the Suncoast Hospice in her memory.

On June 8, 2017, Frances Scott, nee Richardson, died in Pinellas Park, FL after a short illness. She was reared in Akron, Ohio and graduated from Kent State University with a degree in languages. Deciding against going to Ohio State Law School... View Obituary & Service Information

The family of Frances R. Scott created this Life Tributes page to make it easy to share your memories.

Send flowers to the Scott family.