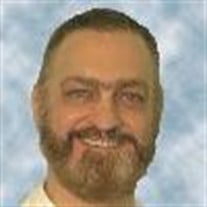 Dr. Champ Zabetakis, 59, of Indian Rocks Beach, FL, passed away during the early morning hours of Tuesday, December 2, 2014 due to complications of cancer. He was surrounded by so much Love at his time of passing. Champ is preceded in death by his parents, Stan and Kay Zabetakis. He is survived by his wife, Jennifer, of Indian Rocks Beach, FL, his brother, Stan, of Sun City, FL, and his brother, Mike, of Cumming, GA. He is also survived by his sister-in-law, Melanie, of Cumming, GA, his nieces Katerina of the island of St. Kitts (West Indies), Alexis of Athens, GA, Emilee of Woodstock, GA, and great-niece Kayden also of Woodstock, GA, along with his nephews George of Tampa, FL, and Michael, Nick, and Zack of Cumming, GA. He is further survived by his step-sons, Ray of Sarasota, FL and Jacob of Treasure Island, FL, along with his step-daughter, Amanda, of Overland Park, KS. Champ was the proud Papou (Greek for Grandfather) of Jonah, Noelle, and Leonidas, also of Overland Park, KS. Champ’s love is also left with his mother-in-law, Helen, along with a great number of cousins, aunts, uncles, “adopted family” and very dear friends. Champ was born on June 26, 1955 in Pittsburg, PA and raised in Beavercreek, OH until moving to Atlanta, GA where he attended the Georgia Institute of Technology and earned his degree in Mechanical Engineering. He started an engineering design firm shortly out of college where he specialized in electronics and packaging. Champ followed his calling for a different path in Life, one that would end his engineering career and open to the world of healing arts. He moved to Florida where he studied Traditional Chinese Medicine from the Florida Institute of Traditional Chinese Medicine and continued on to complete his graduate degree at the National College of Oriental Medicine. Champ never stopped seeking education, however, and continued to broaden his learning by studying integrative medicine and completed several internships under doctors from various fields of specialty. Champ was an accomplished athlete throughout high school and college, and beyond. He was an undefeated wrestler for 3 out of 4 years of high school. He was also 2nd in the nation in the Junior Olympics at Greco-Roman style wrestling, and ranked 5th in nation in free-style wrestling. Champ enjoyed being Captain of his junior high school, high school, Junior Olympics, and college wrestling teams. He was voted “Outstanding Wrestler” in his sophomore year of college. At the age of 34, he earned his Blackbelt in Shaolin Kung Fu, and by the age of 35, he was the oldest at practicing full speed, full contact martial arts. The quieter side of Champ’s life allowed him to follow a regimen of Meditation, Tai Qi, and Qi Kung. He was an avid believer in using these graceful arts to harmonize the mind, body, and spirit. The adventurous side of Champ’s life included his passion for riding motorcycles. He enjoyed spending time with his brotherhood of riders, took numerous road trips and often looked forward to the weekends when he took pleasure in shorter day trips. Champ often stated that he put more miles on his motorcycle in a month than he would his vehicle in 6 months' time. Champ was also a man of very strong Faith. This Faith helped to carry him through this last year as he was challenged with cancer, but also through countless times of joy. He was a member of the Greek Orthodox Cathedral of Annunciation in Atlanta, GA and also worshipped at Calvary Episcopal Church in Indian Rocks Beach, FL. Visitation will be held at 12:00pm on Saturday, December 6, 2014 at Calvary Episcopal Church located at 1615 1st Street in Indian Rocks Beach, FL, immediately followed by Service and Celebration of Life reception at the same location. Charitable gifts may be given to the glory of God in memory of His faithful servant, Champ Zabetakis, to the Calvary Episcopal Church 1615 1st Street in Indian Rocks Beach, FL 33785.

Dr. Champ Zabetakis, 59, of Indian Rocks Beach, FL, passed away during the early morning hours of Tuesday, December 2, 2014 due to complications of cancer. He was surrounded by so much Love at his time of passing. Champ is preceded in death... View Obituary & Service Information

The family of Dr. Champ Zabetakis created this Life Tributes page to make it easy to share your memories.

Send flowers to the Zabetakis family.