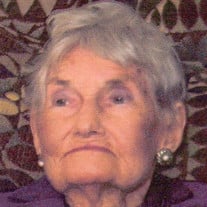 Barbee, Dorothy Faye Jones Roeder, 91, passed away peacefully on January 7, 2017. Mrs. Barbee was born December 29, 1925 in Atlanta Georgia, to the late Alton Clay Jones and Evelyn Cathcart Jones. Dorothy was predeceased by her first husband, Thomas J. Roeder, and the late Macon Barbee, Sr.. As a child, she grew up on Woodland Avenue in Atlanta, Georgia. After graduating from Girls High in 1943, she attended Georgia State College. She worked as a secretary all her life beginning with working for the Juvenile Court, and later for the Provost Marshall at Fort McPherson. Upon retiring from Fulton County Probate Court in 1984, she moved with her daughter, Barbara, from Stone Mountain, Georgia to Daytona Beach, Florida to be near her sister, Jackie Jones Ward. In 2011, she moved tothe Clearwater/Largo area with her daughter and family. Her passions were playing the piano, ballroom dancing, flower arranging, and oil painting. Dorothy is survived by her daughter, Barbara Roeder Stratton of Largo,Florida, sisters Nancy Jones Young of Roswell, Georgia, Jackie Jones Ward, of Kaufman, Texas, and Joyce Jones Flanders of Lawrenceville, Georgia, as well as numerous nieces, nephews, and a brother-in-law Ken Young. A memorial celebration will be held on Saturday, January 28, 2017 at 11:30 pm at Peachtree Presbyterian Church in the Wilson Chapel.

The family of Dorothy Faye Barbee created this Life Tributes page to make it easy to share your memories.

Send flowers to the Barbee family.