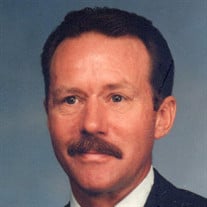 Donald J. McGinn Jr, 65, lost his battle to cancer on August 27 at his home in Seminole, Florida, surrounded by his family. He had lived in Seminole since 1991. He grew up in Edison, New Jersey, and Indian Lake, New York, the son of the late Donald J. McGinn, an English professor at Rutgers University and Georgian Court College, and the late Peggy McGinn, an elementary school teacher. He graduated from Wardlaw High School in Plainfield, New Jersey, where he excelled at cross country and ice hockey, and once even filled a spot when a classmate was unable to make it to a swim meet --- and set a school record. He was a drummer who played in several bands with close friends and loved rock-n-roll. He continued to love music all his life and always had a drum room wherever he lived. He studied electronics at RCA Institutes in New York City before joining the Coast Guard in 1971. He served in the South Pacific, Sandy Hook and Atlantic City New Jersey, Virginia, Mayport FL and Louisiana, where he became a skilled Cajun cook. While stationed in New Orleans he took two trips up the Mississippi on the Pamlico, which was one of the highlights of his career. His last posting was in St. Petersburg , where he retired as the OIC of the Aides to Navigation team, with the rank of Senior Chief Boatswain Mate. After retiring from the Coast Guard on December 2, 1996, Donald went to work for the Pinellas County School Board, where he worked until shortly before his death. An athlete through and through, he rollerbladed, competed in several triathlons, played softball, thought no day was complete without a nice long run, enjoyed coaching and playing hockey at Sunblades, and loved refereeing hockey games at the Tampa Bay Skating Academy in Oldsmar. He is survived by his wife of 38 years Shirley, his daughters Meghan and Nikki, his son Donald (Mac), his sister Kathy and various nieces and nephews. A memorial service will be held at The V.A. Bay Pines National Cemetery on Monday, September 7, 2015 at 10am at 10000 Bay Pines Blvd, St. Petersburg, FL 33708. Dress is casual, black is not mandatory. In lieu of flowers, contributions can be made in the memory of Donald J. McGinn, Jr. to the Florida Cancer Specialist Research Institute-attn: Dr Nuruddin Jooma @ 100 Highland Ave, Largo, FL 33770.

Donald J. McGinn Jr, 65, lost his battle to cancer on August 27 at his home in Seminole, Florida, surrounded by his family. He had lived in Seminole since 1991. He grew up in Edison, New Jersey, and Indian Lake, New York, the son of the late... View Obituary & Service Information

The family of Donald Joseph McGinn created this Life Tributes page to make it easy to share your memories.

Send flowers to the McGinn family.