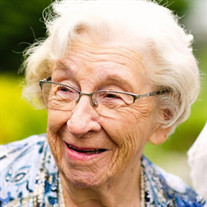 Dolores Louise Carreiro (Sullivan) 97 of Seminole Fl, formerly from Tiverton RI passed away August 5, 2020. Born and raised in Fall River MA she was the oldest child of the late James S. and Helena (Arsnow) Sullivan. She was the wife of 60 years of the late Edward J. Carreiro, Sr. She resided in Tiverton RI for 61years before moving to Florida. She was a graduate of Sacred Heart Academy, Fall River MA. After graduation she attended business school and worked as a bookkeeper at Firestone Rubber in Fall River. She then volunteered for the US Coast Guard Women’s Reserve and went through SPARS training in West Palm Beach Fl. A World War II veteran; she was honorably discharged and a recipient of the Victory Medal. Perhaps her greatest joy was raising her six children and helping with her grandchildren at her home in Tiverton (the home her husband built). During that time, she was an active member of Holy Ghost Parish. She taught CCD for many years and was a member of the Holy Ghost Woman’s Guild where she chaired many a Penny Sale and Christmas Bazaar. She also was involved in the Tiverton High School Booster’s Club through the 1970’s and an active member of the Tiverton Democratic Committee. She will be remembered by her family for her quick wit, unwavering faith, and devotion to her family. She is survived by her sons; Michael (Anne ) of Lauderdale by the Sea, FL. James (Vanessa Lucarella) of Bel Air, FL, Joseph (Laura) of Tiverton, RI, Matthew of New York City, NY and a daughter Mary F. Caine (Peter) from Middletown, RI. She also leaves her beloved grandchildren Eric, Robert (Katie) Elaine, Grace, Christopher, Nathaniel and Ian Carreiro, James Diotte (Robin), William, Benjamin and Matthew Caine and many cousins, nieces, and nephews. She is also survived by her dear sisters in law Barbara Goncalo and Elaine Clark and former daughters in law Nancy Carreiro and Christine Schroeder. She is predeceased by her oldest son Edward J. Carreiro, Jr. and her brothers James F. Sullivan, Donald E. Sullivan and a sister Rosemary Murphy. Funeral arrangements are pending but will occur in Tiverton Rhode Island per her wishes. In lieu of flowers, donations in Dolores’ memory may be made to St. Jude’s Children’s Research Hospital in honor of her favorite Saint. https://www.stjude.org/donate/donate-to-st-jude.html?sc_icid=home-btn-donate-now

Dolores Louise Carreiro (Sullivan) 97 of Seminole Fl, formerly from Tiverton RI passed away August 5, 2020. Born and raised in Fall River MA she was the oldest child of the late James S. and Helena (Arsnow) Sullivan. She was the wife of 60 years... View Obituary & Service Information

The family of Dolores Louise Carreiro created this Life Tributes page to make it easy to share your memories.

Send flowers to the Carreiro family.