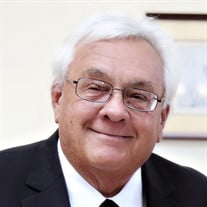 Denny never met a stranger who didn’t become a friend. His ability to connect with others was truly a unique gift. Some may call it the gift of gab, but everywhere he went, Denny knew a friend. He was a man of many questions – he wanted to get to know you; He was interested in you and your life story and, most importantly, he remembered it. Dennis Jay Dittman was born in Toledo, Ohio, on September 20, 1948 to Jack and Juanita (Shultz) Dittman. Three minutes later then his twin sister Sue. He always teased Sue about a being a few minutes older, but this has been their very special inside joke. One so very few of us can share, During his life, his parents instilled the love of family Every Sunday his aunts, uncles and cousins gathered at Lake Erie for family laughter. To this day he remains close to all of his cousins. Denny was a 1966 graduate of Bowsher High School in Toledo, OH. He was still connected with many Bowsher friends and “board” members in his class. He graduated from The University of Toledo in 1970 with a Bachelors in Education. He then enlisted in the United States Marine Corp Reserves and served his country for six years as a rifleman, achieving the rank of Corporal. “Once a Marine, always a Marine! Semper Fi.” Denny married Kim Michele Elias on January 21, 1986. Not long after they had two beautiful children, Jack and Morgan. Denny and Kim were soulmates and have taken care of each other ever since. When Kim met her challenge with Guillain-Barre syndrome in 1994, Denny was her strength and never left her side. Together they overcame everything and lived by the song, “Because You Loved Me”, by Celine Dion. Denny impacted the lives of many young athletes in Sylvania as a coach of baseball, softball, basketball and football. He was a supportive father of his children and treated their friends as his own. He worked in many occupations throughout his life, owning a very successful Industrial Cleaning business in the automotive, food and manufacturing industries. He always supported his employees by providing housing, financial sustainability and many grew to be part of the family. Denny is remembered fondly by many nicknames: Puppy, Diesel, Big D, Dumpster, Baby Brother and Bowsher Boy. He is also remembered for his wit and humor: a rotisserie chicken was a “dead bird” and he frequently watered Kim’s “future dead plants:” He loved socializing, traveling, dancing, retiring on the Gulf and most importantly, his family. Denny was strong, resilient and had overcome many health obstacles in these past years. He often joked that he was like a cat with nine lives. In the end, Denny passed away peacefully while at home with the love of his life, Kim, having a nightly snack and watching television. Denny’s survivors include: his wife, Kim Elias Dittman, his twin sister, Sue Dittman Finck, son, Jack Albert Dittman (Ally), daughter, Morgan Dittman Helminiak (Brian), grandsons, Lincoln Jack Dittman, and soon to be born Baby Helminiak. He also leaves behind cousins, nieces, nephews, friends and a 30 lb. cat, Migs (or as Denny called Migs, his Dat- mostly dog and part cat.) Denny is predeceased by his parents, Jack and Juanita (Shultz) Dittman and brother Doug Dittman of Toledo, Ohio. A celebration of Denny’s life will be held at a future date. In lieu of flowers, please make donations in Denny’s name to The Disability Achievement Center Largo, Florida or a charity of your choice. Online condolences should be made a Grasso.com

Denny never met a stranger who didn&#8217;t become a friend. His ability to connect with others was truly a unique gift. Some may call it the gift of gab, but everywhere he went, Denny knew a friend. He was a man of many questions &#8211; he... View Obituary & Service Information

The family of Dennis Jay Dittman created this Life Tributes page to make it easy to share your memories.

Denny never met a stranger who didn’t become a friend. His ability...

Send flowers to the Dittman family.