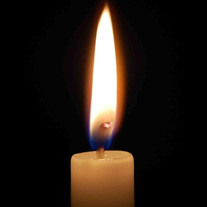 David A. Hellwege entered into eternal rest on September 13, 2018. Loving Father, Grandfather,Brother and friend. Age 69 Dave passed into Eternal Life on September 13, 2018. He was a native of Taunton, Massachusetts and resided in Largo, Florida since 1979. He is survived by his son, Jason of Fairhope, Alabama, daughter Heather of Largo, Florida, Carla Hellwege (Daughter-in-Law). He’s alsopredeceased by his son Joseph. He also has several loving grandchildren, Joseph of Fairhope, Josue ofFairhope and Niya of Largo. And 5 nieces and nephews. He was the son of Orren “Butch” Hellwegeand Eva Hellwege of Taunton, Massachusetts. He is survived by brothers Robert, Brian and Richard. Dave grew up in Taunton, Massachusetts and attended Taunton High School. He was a very kind,loving and caring Father whose life was devoted to providing a warm and loving home for his family. He was an avid New York Yankees baseball fan like his Dad. He also loved all types of bowlingincluding, candlepin, duckpin and 10-pin and played in softball teams as an adult. He followed manysports while his favorites were MLB baseball, NFL football, NBA basketball and PBA bowling. His favorite teams were the New York Yankees, New England Patriots, Tampa Bay Bucs and the BostonCeltics. He especially loved the beaches of Brewster, Massachusetts and enjoyed many summers atMitchell’s Cottages in Brewster as a child. He continued annual visits to Taunton and Brewster right up until his untimely death. Memorial Services will be held at Anona United Methodist Church in Largo on Saturday, September 22, 2018 at 4:00pm.

The family of David Allen Hellwege created this Life Tributes page to make it easy to share your memories.

David A. Hellwege entered into eternal rest on September 13,...

Send flowers to the Hellwege family.