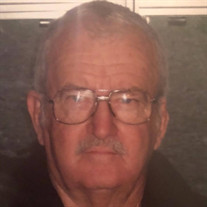 Clarence DeWitt Kennedy passed away on February 15, 2019 at the age of 79. Clarence DeWitt Kennedy was born on October 6, 1939 in St Johns County Florida. CD was one of 7 children and grew up on the St Johns river. CD grew up swimming and fishing in the river with his friends and family. He was on the football and track team in high School. After high school CD joined the United State Army where he eventually became a part of the 101St Airborne division. In 1960 at the age of 21, CD met his best friend Hubert Gray. For the next 59 years Gray and CD would have many tales and adventures together. Some of the tales that could be told could leave you in stitches with laughter. Gray became part of CD’s family. In July of 1966, CD married Sue Miller and had 2 children, Clarence DeWitt Jr and Kimberly. They lived in Atlanta Georgia where CD worked for General Motors and was eventually promoted to supervisor where he stayed till they decided to move to Pinellas County Florida. In Florida, CD joined the St Petersburg Police Department where he became part of the S.W.A.T. team and had many stories to tell of adventures and crimes that he was a part of solving. He knew downtown St. Petersburg like the back of his hand. After 11 years on the force CD decided that he would pursue a different career path. At this time CD met his loving companion Sandy Oliver. They chose to build their own business with a company called Milditrol, a roof cleaning and painting company. They bought a territory in Seminole Florida where they worked for the next 35 years from dawn to dusk growing their business from 500 customers to 1500 customers. CD retired after this and he and Sandy spent most of their time with family and friends, traveling and getting together. CD was very involved with the Masonic Lodge and Eastern Star. Where he moved through the chairs to become Worshipful Master in 1997 and of Gulf Beach Lodge #291, and with that he became Past Master. CD also helped with being Worthy Patron for 4-5 years with the Eastern Star before he became Past Patron at Eastern Star Gulf Beach Lodge #241. CD was a man of very strong character, trustworthy, loyal, brave with a strong sense of right or wrong. CD was dedicated to helping others to the best of his ability. He loved to talk to people and could always bring a smile to someone’s face. He was a soft-spoken man with a heart of gold and a joke ready at any time. CD loved his Harleys and had a special place in his heart for his “little car” the Smart car. In CD’s early years he was part of the Blue Knights Motorcycle club and they went on various trips. Later he would continue his love of riding with trips to Daytona for Bike Week.CD even rode the Dragons Tail in NC a couple of times with family and friends. He is survived by Sandy Oliver, his son Clarence DeWitt Kennedy Jr. and his daughter Kimberly Wilder. He has 5 grandchildren, Michael 29, Anthony 26, Crystal 23, Alexandria 22 and Devin 20. We will be having a short VA ceremony with a Celebration of Life at Veterans of War Memorial Park on Thursday, April 25, 2019. In lieu of flowers, the family has asked donations be made in the name of Clarence to the Gulf Beach Masonic Lodge 291, Eastern Star 241, or to All About Cats, cat rescue.

The family of Clarence DeWitt Kennedy created this Life Tributes page to make it easy to share your memories.

Send flowers to the Kennedy family.