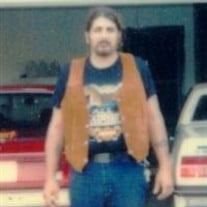 Charles C. (Butch) Salhany, 65, of Largo, FL, services, including Military Honors, are 1:30PM, Wednesday, June 27, 2018 at Bay Pines National Cemetery, 10000 Bay Pines Blvd., St. Petersburg, FL. Butch passed away at his home on April 11, 2018. While no one person is able to fully recount the passage of his life, facts and recollections include: Born on August 13, 1952, in Akron, OH, Butch spent his formative years with his parents in a household (of three) located in Akron’s Ellet neighborhood. Following high school, he enlisted in the U.S. Navy, serving 1970-1971, with his last duty assignment aboard the destroyer USS Vesole, based at Charleston, SC. At the conclusion of his military service, Butch returned to the Akron area, later relocated to Burgaw, NC, and finally – circa 1984 – moved near Largo, FL (where his parents were residing in retirement). Eventually, he chose to live with his aging parents in the Largo household. In all three states (Ohio, North Carolina, and Florida) during the 1970s-80s-90s, Butch had experienced married life (four marriages). He made use of his wide range of mechanical skills for his livelihood: among these were gunsmithing, but his primary field was in the maintenance and customizing of motorcycles. Until he ceased riding in his mid-50s, Butch’s principle outdoor diversion, throughout his adult life, centered on motorcycles; he also enjoyed times spent at nearby beaches with friends and family. As a son, he exhibited steadfast loyalty: When the family home in Ellet was destroyed by a natural gas explosion in 1979, Butch’s assistance with the salvaging and rebuilding was a key component in enabling his parents to return to a normal life. More than two decades later, during often difficult times from the onset of his father’s Alzheimer disease and continuing on though his mother’s widowhood, final illness and passing in 2009, Butch attended to their aid and comfort. Butch is preceded in death by his parents, Charles G. and Dorothy L. Salhany; his paternal grandparents, George and Mary Salhany; his maternal grandparents, Euclid and Rose Bishop; and also by a few of his close friends, including Mike Morgan. Surviving 1st cousins reside in Iowa, Kentucky, and Ohio.

The family of Charles Clay Salhany created this Life Tributes page to make it easy to share your memories.

Send flowers to the Salhany family.