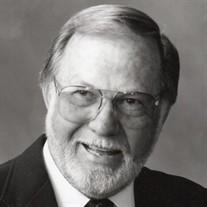 Charles Ray (Chuck) Hayworth, 92. Born March 17, 1927 at Mound Park Hospital, St. Petersburg, Fl. to Carlton and Mary Hayworth. He is survived by his loving wife of 46 years, Violet L. (Vi), one son Dana (Sandra) of Middleburg, Florida, one stepdaughter, Deborah Rivard, two step sons, Harry Jr. and John E. Carvalis (Alycia) of St. Petersburg, one sister (Mary Lou Moore) of Bradenton, Fl., one brother, David (Lynn) Hayworth of Zellwood, Florida; he was predeceased by stepson Ric Carvalis (Betty Jo). He has 7 grandchildren and 12 great grandchildren plus several nieces and nephews. One of the highlights of his life was Christmas and having all the family and friends come for Christmas dinner and opening presents. He graduated from St. Petersburg High School in 1945, and attended Troy State College, Troy, Alabama. He furthered his education by attending classes at St. Petersburg Junior College. He owned his first Radio Repair Shop when he was 18 years of age. From that start he built a very successful Radio Repair Business. He was one of the first to repair and service Televisions when TV arrived in St. Petersburg. In 1963, he formed Hayworth Communications Service, Inc.; a Motorola Service Shop. He started the business as a one man shop. Over the years he and Vi expanded the business and in 1989 sold it to Motorola with 35 employees and five shop locations. Chuck & Vi worked hard and ventured into Tower Sights, building their first one on the Hayworth Communications property on 25th Avenue North, St Petersburg. They also were involved in Marine Electronics. Chuck was a managing partner in Tri-Com Communications. During his younger years he loved his motorcycle. From pictures, it appears the young women liked his motorcycle as well. He loved boating, diving and fishing. He has a large collection of trophies for underwater photography. He loved diving for lobster in the Florida Keyes, where he built a house with a friend. He was a former member of the St. Petersburg Underwater Club. He was unable to serve in the Armed Services due to blindness in one eye but he served on the St. Petersburg Police Reserve for ten years. He was a Private Pilot even though he only had one good eye. He and a friend owned their own private plane. He was 32nd degree Mason. He was an avid hunter and made many hunting trips all over the Country as well as out of the Country. After retirement he and Vi purchased hunting property in Georgia where he had a private hunting club. It was one of his favorite places to be, with his camp buddies. He was a member of the Wyoming Antelope Club and served as the Treasurer of the club for 21 years, until his recent illness. He was a member of the Downtown Optimist Club where he currently served as a Director. He was a former member of the Breakfast Optimist Club where he served as Past President and as the club’s Treasurer for many years. He was the Governor of the North Florida District of Optimist International in 1988-89 and also served as the Lieutenant Governor of the local zone 9 Optimist clubs. He was dedicated to helping kids by volunteering for Optimist events, both local and on District and International levels. He was a true Optimist in every sense of the word. He and Vi travelled around the World both on cruises and tours. They visited every State including Alaska and Hawaii. They recently completed their 70th cruise. This man was indeed a success story. He completed everything on his Bucket List. He was deeply loved and admired by his family and will be dearly missed. During the long weeks of his illness he and the family were so very fortunate to have wonderful friends and good neighbors who were there every day. Every day of the week he received a card from good friends Jean Rutan and Ray Donaghy. His next door neighbors Norm and Marcie McKalvey were always available. He was fortunate enough to have all great neighbors. His wonderful Optimist friends were super. Special thanks to all who have prayed for Chuck and the family, and kept in touch via calls and emails. The Hayworth-Carvalis-Rivard Families are grateful for your love and friendship. God’s Blessings to all. In lieu of flowers, the family suggests that consideration be given to donations to either Mid Pinellas Hospice Care @ 6770 102nd Ave. No., Pinellas Park, Fl. 33782 or Downtown Optimist Club’s Youth Fund @ 10783 Walnut Street. NE, St. Petersburg, Fl. 33716. Mid Pinellas Care Hospice Center were fabulous in his final days.

The family of Charles Ray "Chuck" Hayworth created this Life Tributes page to make it easy to share your memories.

Send flowers to the Hayworth family.