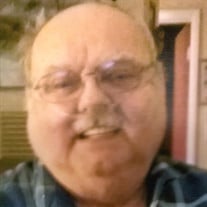 Arthur F. "Art" Campbell Mr. Arthur Frederick Campbell Jr. 82 of St. Petersburg  passed away December 21, 2017. A military funeral service will be held Friday January 12, 2018 at 9:00 am at Bay Pines National Cemetery 10000 Bay Pines Blvd N Bay Pines Fl. 33744. The He will be remembered by name at the masses at St. Jerome Catholic Church  10895 Hamlin Blvd. Largo, Fl. 33774. Arthur F. Campbell Jr. was born on Nov 13, 1935 to the late Arthur F. Campbell Sr. and the late Lillian Diamedes ( Humphrey) in   Somerville MA. He was the second of three children, deceased sister Barbara Kerr and surviving brother Lawrence Campbell Tampa, Florida.  Arthur was a Korean War veteran serving in the United States Marine Corps from 1953 to 1955. He received the National Defense Service medal, the United Nations Service Medal, and Korean Service Medal before his Honorable Discharge. He was always proud of being a Marine although it was difficult for him to talk about...  He worked many years at the Wonder Bread Hostess Cake  factory in Natick MA, before retiring from Lucent Technology (AT&T).   He always loved St, Petersburg, Fl.  His passions were classic westerns, salt water fishing, sports, and food, especially rice pilaf, and his daughter June’s homemade pot pies. As a younger man, Arthur loved to bowl (appearing once on the TV show "Bowling for Dollars") and making spaghetti and meatballs. He was always trying to help others including stray dogs. He loved animals and is now with his  "Queenie", no doubt giving her too many treats!   Arthur married Beatrice Louise Wilson of Gilford Maine on Nov 12, 1958. During their 59-year marriage they raised four children: Dr. Susanna Paolozzi (Gene) June Kneipp (Tom) sons Arthur (Kim) and Wayne (Stephanie). He leaves nine beautiful grandchildren, and six great grandchildren.  Arthur departed this life on Thursday, December 21, 2017 at 9:52 am. under the loving care of Suncoast Hospice in St. Petersburg, FL.  He leaves his cherished memories to his loving wife Beatrice and devoted family, with a very special thank you to his daughters, especially June for the personal sacrifices she made providing homecare over this past year to both our dad Arthur, and our heart-broken mother Beatrice. Death is not putting out the light; it is putting out the lamp because dawn has come.... In lieu of flowers, the family requests donations be made in Art's name to the Suncoast Hospice Foundation, 5771 Roosevelt Blvd., Clearwater, Fl 33760 or the SPCA 9099130th Ave. Largo, FL 727-586-3591

The family of Arthur Frederick Campbell Jr created this Life Tributes page to make it easy to share your memories.

Send flowers to the Campbell family.